Free and openly available scholarly literature is called Open Access literature which is almost free of copyright restrictions. The open scholarship arising from the public funds is public good and should be available to the public without any charge and technical and legal barriers.

Free software movement whose objective is to build and make the software which is free to use, study, share and build upon is helping Open Access, Open Data, Open Education etc.

Many of the Open Access Initiatives across the world had expressed the need for having supported “tools and assistance" for the establishment of repositories (literature archives and data archives), and to launch open access journals, as many as possible. However, the need for complete freedom to publish and disseminate the knowledge resources without the restriction is only possible when the end-to-end system is built on the principles of Free Software and Knowledge commons. Although, initially the DSpace and Eprints were created as free and open-source software for repositories and the OJS (Open Journal Systems) for journals. The Public Knowledge Project (PKP), which had released the OJS as Free Software in 2001 under GNU General Public License has become the default and widely used publishing system for any Open Access Journal. Currently, OJS is released as OJS 3.2.1 version and is available in eleven languages besides development in other 25 languages including Hindi.

With the growing momentum of Open Access, the communities and organizations who believe in Open Scholarship and Public Good are contributing for the development of e-infrastructure which is available as free as in freedom.

Now there are a growing number of authors who are sharing/releasing their first draft of the manuscripts before submitting the journals with an aim to share their research findings with the world as soon as they are ready via Preprint Repositories. The recent release of Open Preprint Systems (OPS) by the PKP is another milestone in the scholarly communications after OJS.

With the Public web, Public Software, Public licensing and Public infrastructure, we see there are no barriers for the open scholarship unless the authors are willing otherwise.

Aaron Swartz in the Guerilla Open Access Manifesto (2008) writes “Information is power. But like all power, there are those who want to keep it for themselves. The world’s entire scientific and cultural heritage, published over centuries in books and journals, is increasingly being digitized and locked up by a handful of private corporations”. He then ends asking us to join him and others to “send a strong message opposing the privatization of knowledge’.

Lets join and build the tools and means for making ‘Open Scholarship as Public Good’. 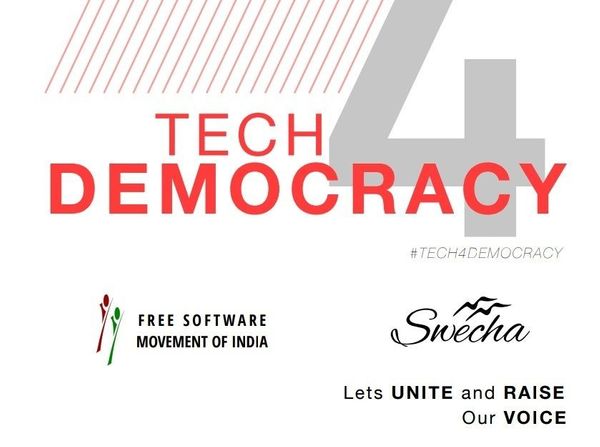